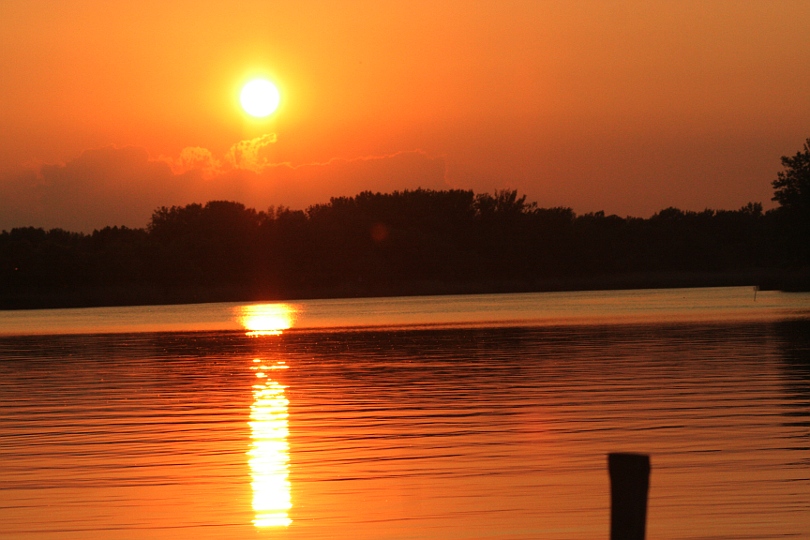 Men often do bad things with nature but sometimes they do good things with it as well. A good example for that is the 127 km2 Lake Tisza. This man made reservoir in Hungary‘s second biggest river is a wonderful place for nature lovers and it is a paradise for the wildlife. 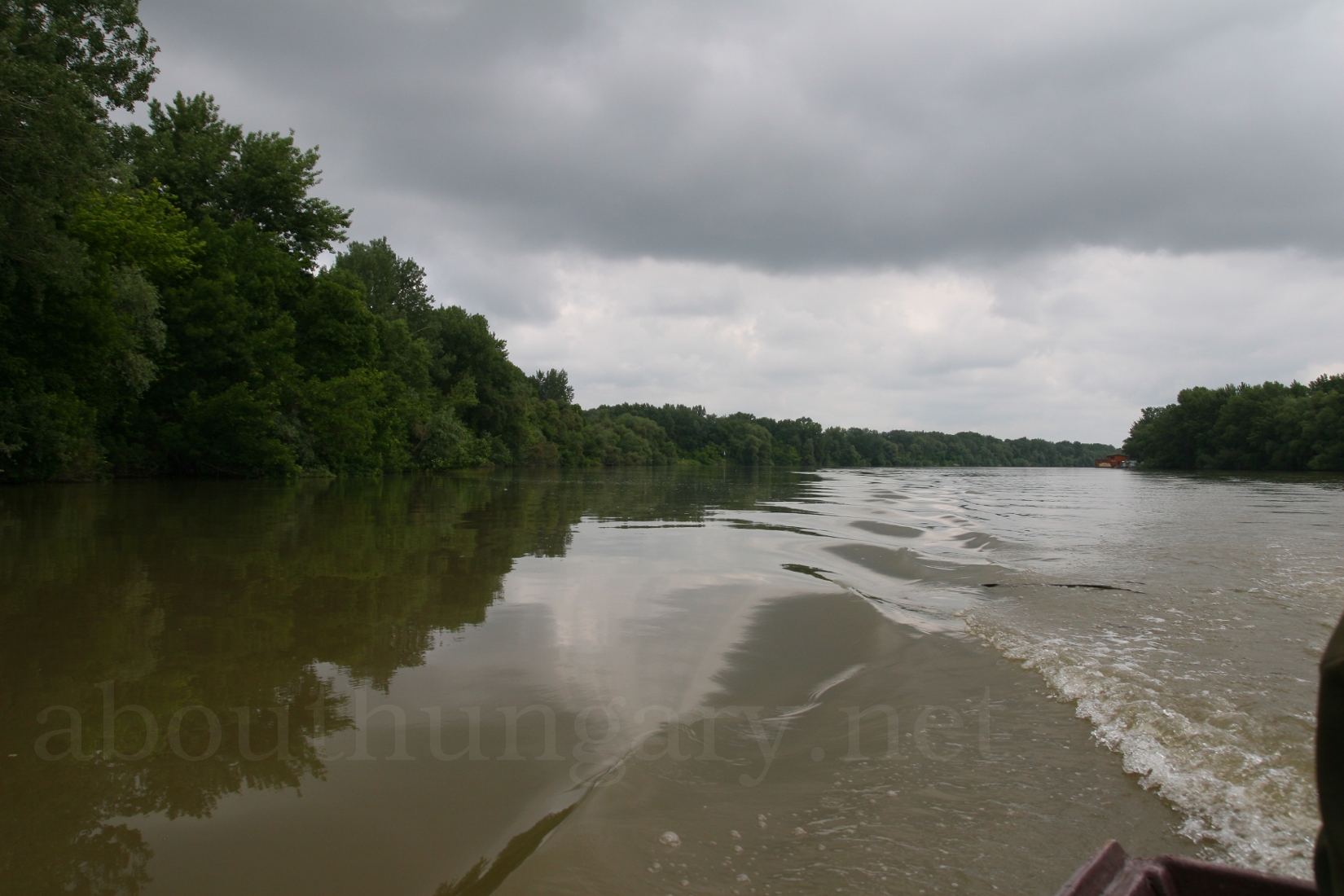 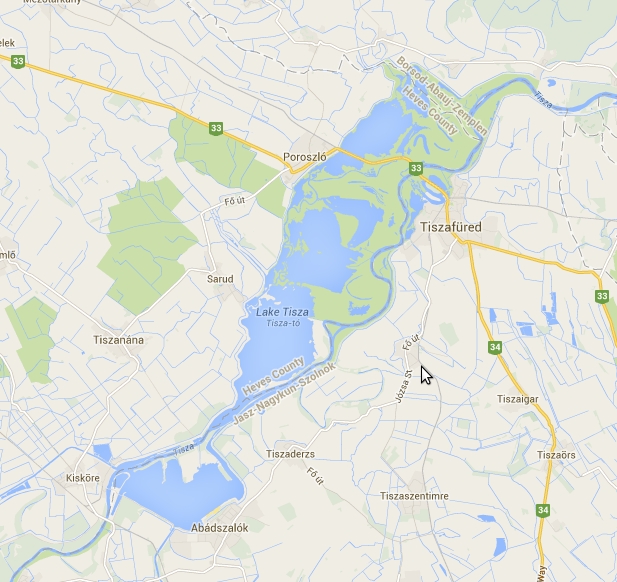 Lake Tisza area is one of the less populated area of Hungary. No big cities there. Economically the majority of the area is not the richest part of Hungary. Some parts are better because of growing tourism. The main activity is agriculture and tourism here. Apart from the many fishermen the area is not yet at the peak of it’s potential even among Hungarian tourists. Perhaps this helps to keep the natural values of the area. This is partly because it is a little far from the capital Budapest, partly because of the very strong internal competition namely the Lake Balaton, Lake Velence and lots of Spas, Open baths, Lake baths in Hungary. 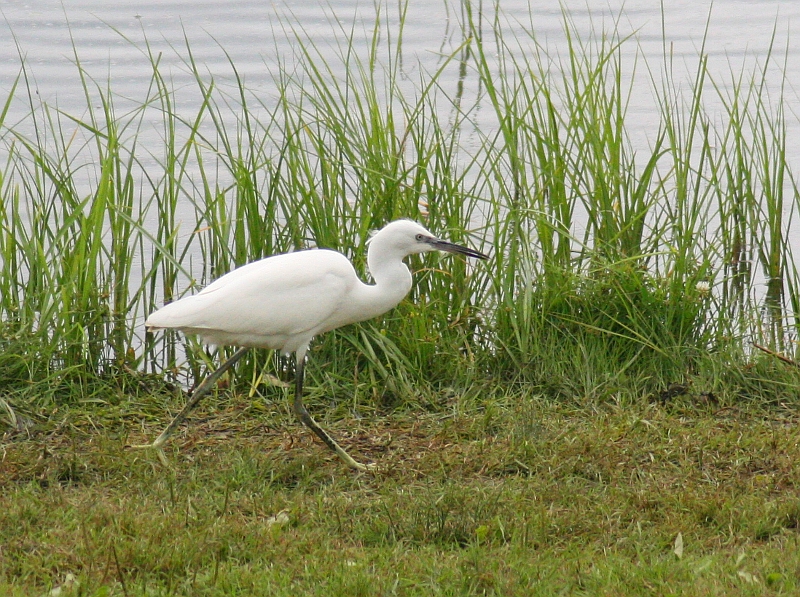 The lake itself is not really a “lake”. There are several lakes, canals, the Tisza river, several backwaters, lots of islands there, as you can see on a Map. The total area is approximately 127 km2. The Lake Tisza is a real natural wonder, we made a trip on a boat and if you let it, it just amazes you how interesting and beautiful it is. The wildlife here is quite accustomed to people, let the boat really close. You can see even water birds at the dock(such as night heron see the picture below), which is not usual in other places.

Settlements around the Lake, history of the area

In the beginning Abadszalok was the main target in Lake Tisza. Here was the beach, with lots of vendors next to the Lake. Today there are several restaurants, slides, boat rent, and organised programs throughout the year. Abadszalok is a small settlement with approximately 5000 inhabitants. If you going after luxury and services perhaps this is not the place. Here one can find usually apartments cheaply sometimes huge houses with a garden with a very low fee, but most of the local people doesn’t speak English I think. The settlement are looking as a tipical village in Hungary with White stork nests and Swallows, with quiet and relaxing atmosphere. Don’t let property, especially great values unattended.

Tiszafured is a  very friendly place little bit North from Abadszalok, perhaps the biggest settlement around the Lake Tisza. Here a thermal water Spa can also be found. The boat trips are starts from Tiszafured-Orveny area which is close to Tiszafured.  Most of the pictures in the picture gallery (at right side of the page) was made in this region.

In Poroszlo a brand new Okocenter had been constructed which is a very nice place to start. There is the biggest freshwater aquarium there, a Tower from where can see almost the whole Lake area. There are organised boat trips offered here and other places as well: I suggest to participate the longer ones, with smaller boats, you can see much more things, and gives a much better experience. It needs perhaps 3 hours that you can see many interesting things and if you like you can make lots of beautiful photos.

We decided to spent several days around the ‘Lake’. We started our tour at Abádszalók, the most famous settlement associated with the Lake. We rented an apartment for two days and discovered the neighbourhood. We loved the apartment a lot. It was not expensive at all, and there were huge spaces in the house with the big garden, we enjoyed ourself very much.
First we checked the Abádszalók shore where he we could choose between several restaurants. We ate huge pancakes, a local speciality. I don’t know other places in Hungary where one can be served this size of pancake. 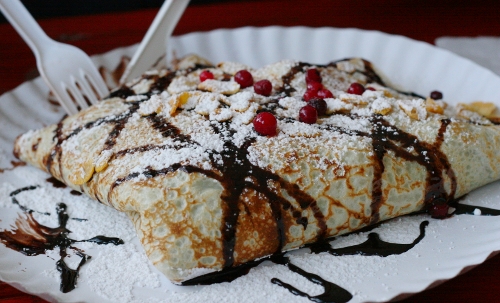 After eating our pancakes I thought perhaps it was worth to be here just because of the pancakes. We watched a film in the camping at night and had a walk in the neighbourhood the next day. The weather wasn’t sunny, not many people were around and little money was paid to stroll by the shore. The village was very nice, white storks were circling in the village while swallows were collecting mud for their nests. The shore was sandy and offered several fun activities apart from swimming: boat rentals, slides, and rubber canoes pulled with rope at great speed. During summertime the entrance fee for the beach is 650 HUF for adults, 500 HUF for students and pensioners, afternoon ticket after 16:00 is 450 HUF, weekly season ticket is 2500 HUF and the entrance fee for bicyclist is 400 HUF. The shore is open from 1st of June to 31st of August. It needs to be considered that the open air activities depend very much on the weather similarly to Lake Balaton. In bad weather not many things can be done apart from a visit to the neighbouring spas such as Berekfürdő, Tiszafüred, or Tiszakécske. In good weather the place is very nice, but I think it is not for people who like comfort. After a short bath the next day we continued our trip on the dam around the Lake which was possible only by paying a small fee to the dam guards. Fishing is very popular around the Lake, fishermen were sitting at the spots which had been previously created. During the tour we crossed the river at a special bridge used by the trains and cars in different times. Before arriving to River Tisza we saw a canal and a fishing lake as well. After approximately two-hour drive by car, we saw this: 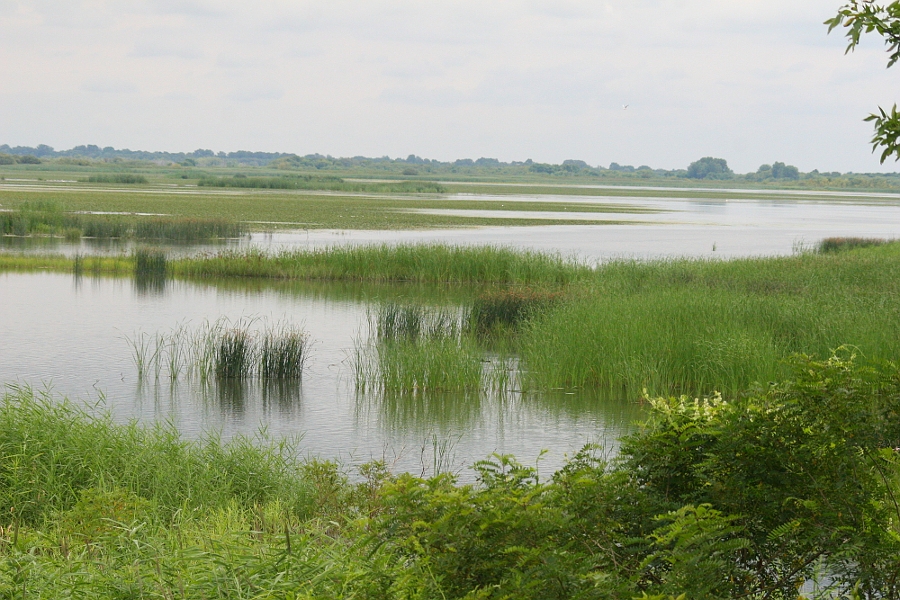 The lake and its surroundings is beautiful. The flora and fauna of the lake and the surrounding area is exceptional. Lots of birds, flowers, beautiful scenery. During our stay we see black and white stork, 3 different kinds of swallows, Purple heron, Little egret, Western Marsh Harrier, and many other birds, flowers, and butterflies. (See in gallery.)  Other time we see the marks of the beaver. Unfortunately some of the settlements around the lake is very poor, and has low infrastructure. Perhaps the best place to stay around the lake is Abádszalók, Poroszló, or Tiszafüred. It is very beautiful though to go around and see the nature. 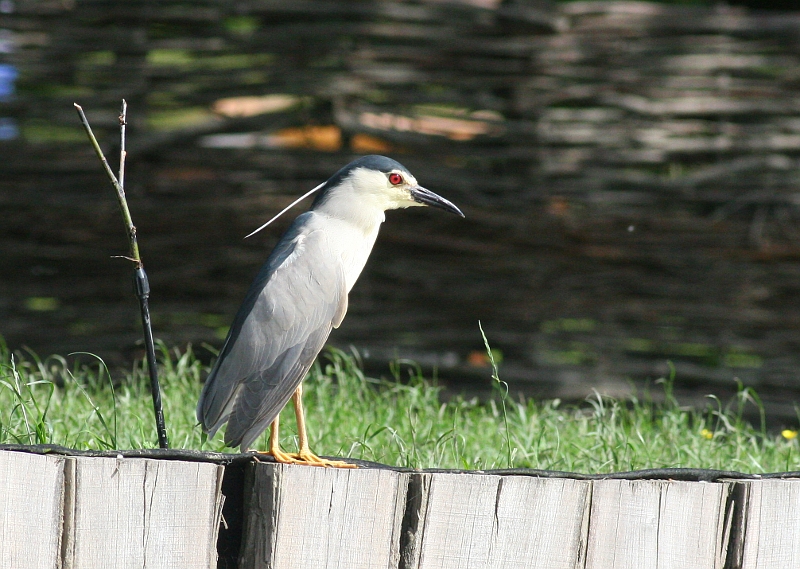 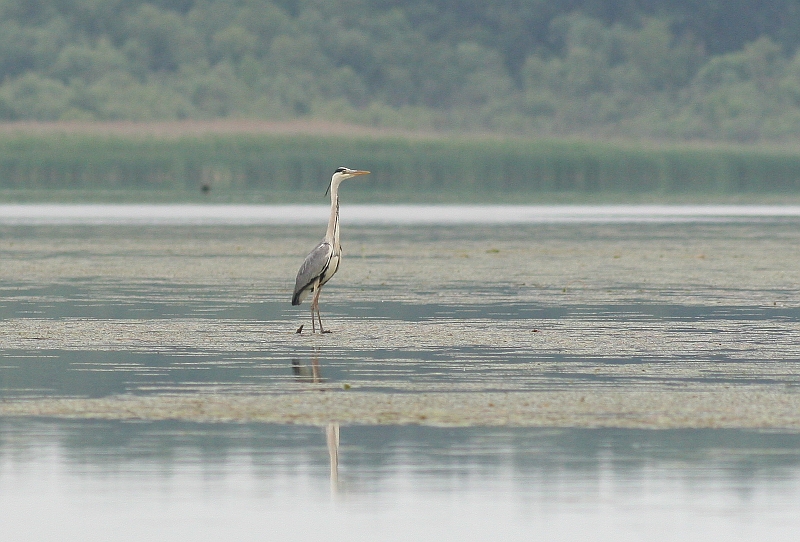 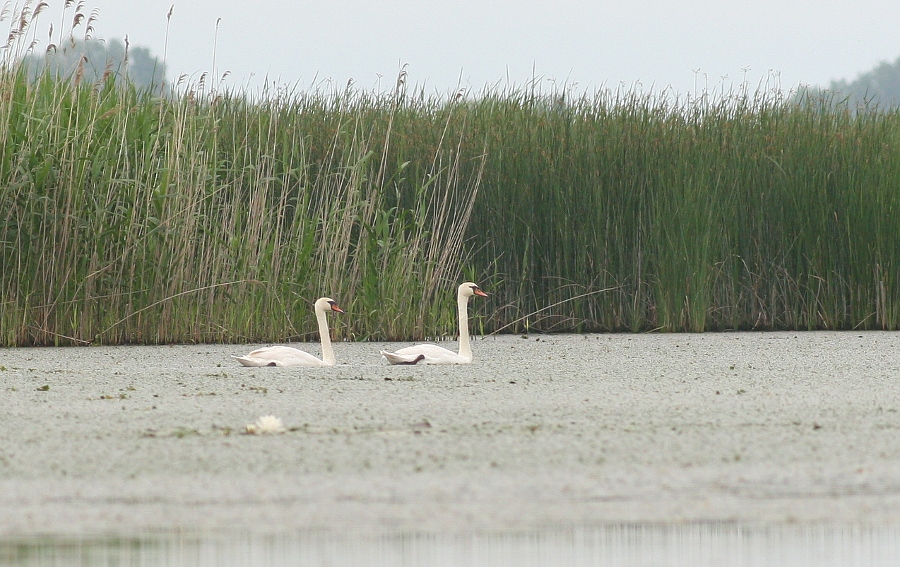 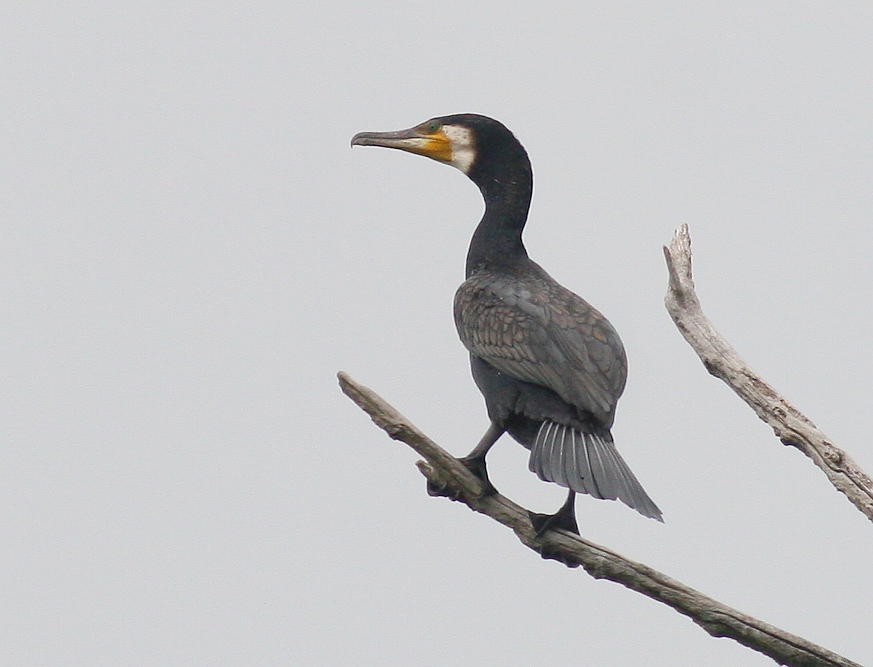 You can find beaches at the following settlements:
Abádszalók, Kisköre, Poroszló, Tiszafüred, Tiszanána, Sarud
The biggest and oldest beach here in Abadszalok. Here huge slides waiting for the people. It is also possible to rent all kinds of vehicles which can be used in the water. There a thing called water banana or something similar it is a long rubber boat pulled at high speed on the water. In Abadszalok there is a camping as well, and many catering possibilities.

In Poroszlo a brand new exceptional 4 storey 2600 m2 visitor center has been constructed with a tower giving good sight almost the full area of the Lake Tisza – a huge multi-level aquarium (biggest 735 000 litre freshwater aquarium in Europe with lots of fishes, including huge 1.5-2m Visa fishes representing the area together with amphibians, and reptiles). A 3D movie hall and a playroom (Enchanted water world) for children is also part of the Okocentrum facility. A quality conference room for 100 people also part of the facility.
A 1,5km long pier has been built in the water, that only can access via boats from the shore. The pier is approximately 500m from the shore that can be access via 5 minutes boat trip. The visit on the pier contains two bird watching centers and a bird watching tower as well. GPS coordinates: N 47.643519° ; E 20.658824°
Tours are available in any form, and any length (private, group,1km-24km).

Fishing on the Lake Tisza is extremely popular. Huge fishes can be caught here. The beautiful surrounding, nice atmosphere helps to come here. The shore is not clean, it is not possible everywhere to go to the water. Usually there is a possibility at every 30-50m for fishing. Sometimes it is hard to find an empty spot if we arrive late. 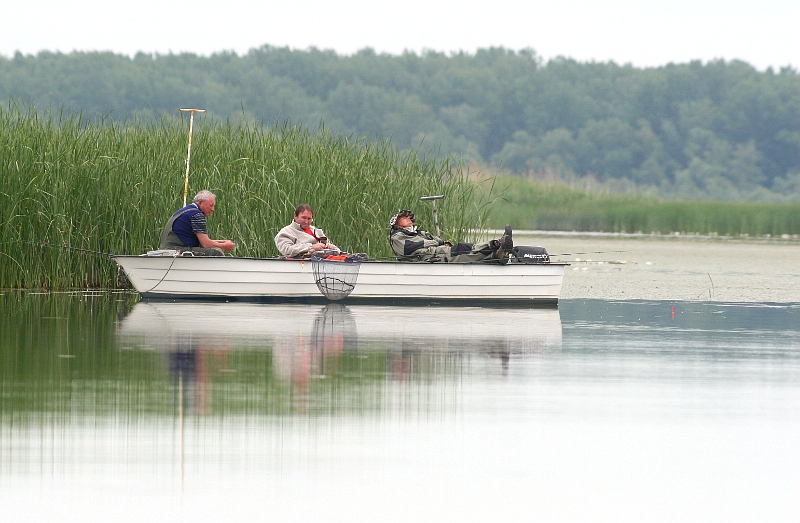 The Lake Tisza is one of the top spot for birders. Most bird are accustomed for the huge traffic on the water. (Many boats circulating here with tourists).
The list is not complete. More than 200 bird species has been identified here.