Where to go in Hungary » Szolnok Hungary 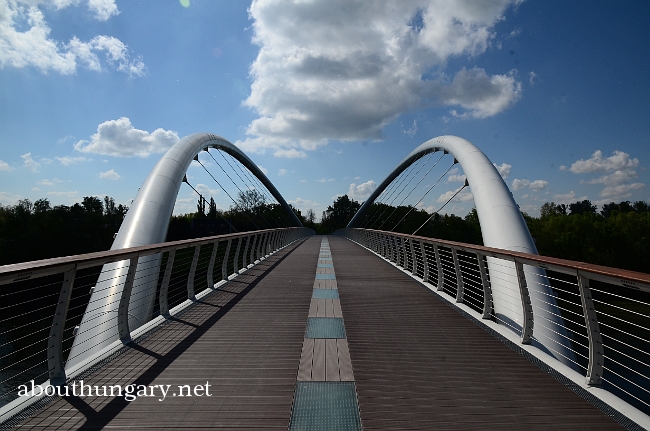 Szolnok is situated in the Great Plain in Eastern part of Hungary. The River Tisza is crossing at the borders of Szolnok, which is a second biggest river in Hungary. Szolnok is not really a tourist target for Hungarians, but if you happen to be there, there are some nice places there to see and enjoy.

The city was inhabited even in the ancient times. Lots of interesting archeological traces was found here, like a Mammoth thigh bone with a chain connected to it for example. They found this bone from the River Tisza. The written history of Szolnok is app 1000 years old. During the Tatarian invasion everybody was killed in the city. The Turkish army invaded the city easily in the 16th century. Later the first bridge was built here on the River Tisza. The railways was early built between Szolnok and Budapest, it was one of the firsts in the country.

Szolnok is a middle sized Hungarian city with it’s 78,000 inhabitants. Recently it was awarded as the most liveable Hungarian city. Local people find this as little strange. The city is quite calm, without heavy industry. Basketball is very popular here as the local team won several Hungarian championships, and recently played in the Euroleague as well. The Basketball court can be found in Tiszaliget area. Usually the court is quite full on every match here with 3000 people or more. Other very popular sports are water sports here: water polo, kayak-canoe and perhaps fishing. The Tisza backwater is a popular scene of kayak canoe championships.

Most interesting places in Szolnok

The most interesting places in Szolnok for touristic point of view are the following: the inner city, the area next to River Tisza at both sides of the River, Tisza backwater little outside of the city, Fishing lakes at North, Mayflower shaped pedestrian bridge at River Tisza, areas next to River Zagyva which joins River Tisza at Szolnok.

The area next to the River Tisza at the opposite side as the city called Tiszaliget (Tisza park). What can you find here? A nice park, an open summer bath with slides, several sports court, a nice area for running walking or go out with the dog.

The Tisza back water can be found little outside of the city itself. Is a popular place here with weekend houses, for fishing and for water-sports as well.