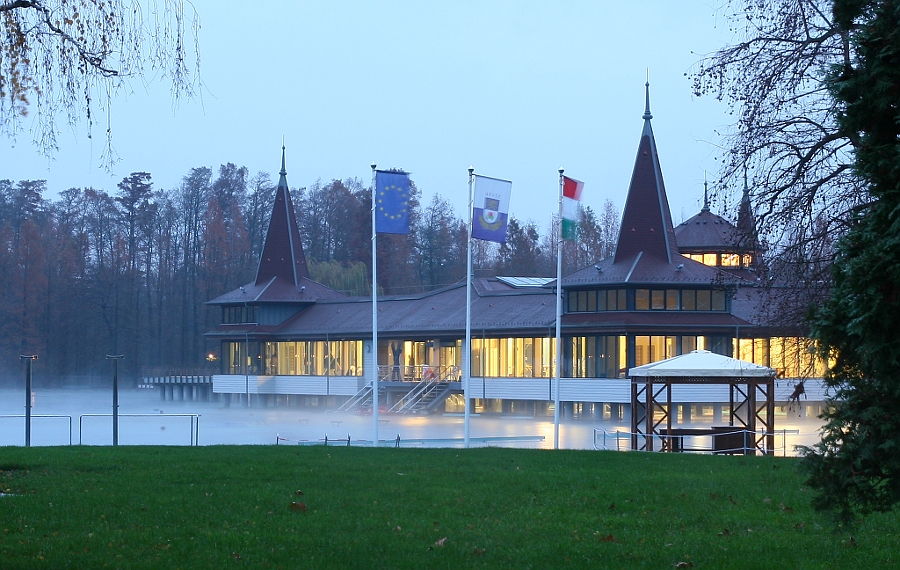 Heviz located at the Western part of Lake Balaton at North side not far from the Lake. Heviz is located approximately 200km from Budapest in Southwest direction.

Heviz one of the most popular city in Hungary, it is second most popular target after Budapest. Approximately 1 million people spend a night here every year. Hévíz is situated at Northwest side of the Lake Balaton several kilometers from the Lake. In Heviz a unique hot water lake can be found, which is the biggest attraction here. The city itself is very well organized, tidy, tourist friendly settlement with beautiful houses, gardens, buildings and roads.

There are many quality wellness hotel can be find in the City provided with the same thermal water. Heviz is a top target for local and international tourism as well in Hungary. Many people also bought a resort here, not just from Hungary. 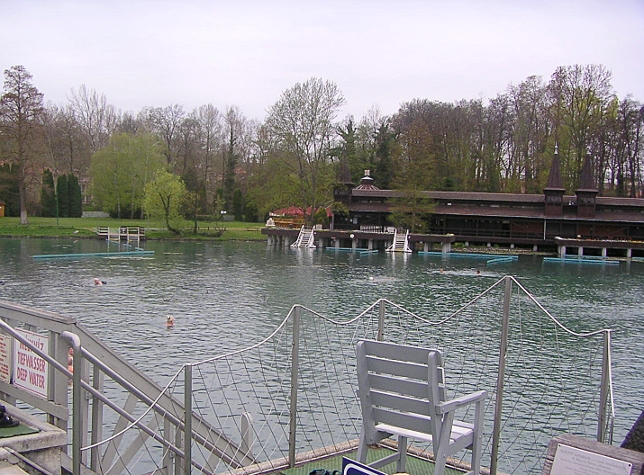 The first wooden bath houses has been constructed here in 1772. The hot water coming from the Cave below the Lake, the Lake is 38m deep. The area of the Lake itself is approximately 4,5 hectare.

The Lake is one of the biggest on the Earth of this kind. Several types of water lilies can be find in the Lake, one of them is an Indian red type which was planted by Sandor Lovassy. The water temperature is 36-38 degree Celsius in Summer, 26-28 degree Celsius in Winter and in Autumn. This means that in summer the Lake is too hot for swimming, and perhaps for longer stay in general. In winter the temperature is much better for bathing.

To bath in the lake a daily ticket is needed. Because of the depth of the lake, one usually get a swimbelt as well.

There are a 50 Hectare protecting forest can be found around the Lake, which helps to keep the temperature unified as well. The water of the Lake contains Calzium, Magnesium, Bicarbonate, Sulfate, Radon and organic compounds. The system of the Lake is monitored in every hour since 1990. The water from the Lake is going the Lake Balaton through the Zala river through the Kis Balaton nature reserve.

Because Heviz is extremely popular, lots of Hotels are available here for the visiting tourists. Compare to other locations in Hungary it is not a cheap city.

People lived here even in the ancient Roman age.

The water of the lake is continuously flowing in several directions.

The water of the Heviz lake is changing every 72 hour totally. The water of the lake contains lots of mineral and gas content as well. It has many minerals in it, almost the full spectrum of minerals available in a mineral water in Hungary. It contains soda, magnezium, calzium, radium, carbohydrate, sulfate, bromid and iodide as well. The total absorbed content is app 750 mg/l.

Emergency: 112 must a wait a little, all other
numbers below can connect from here
Ambulance:104
Police: 107
Fire brigade: 105